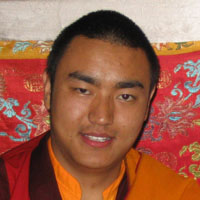 The 9th Nyidzong Söpa Rinpoche was born in 1984 (the year of the wood rat according to the Tibetan calendar). He was confirmed by the two Drikung Kyabgons as rebirth of the late Söpa Rinpoche of the Nyidzong Thekchen Ling monastery.

In order to revive the line instruction of the Nyidzong monastery, Söpa Rinpoche began at the age of 20 to move the monastery back from the remote high mountains to the promontory where the monastery was originally founded 800 years ago. This was before long predicted in writing by the line masters. During the great Qinghai earthquake in 2010, a large part of the already completed construction was damaged. Nevertheless, Söpa Rinpoche stuck to his reconstruction plan and did not give up. 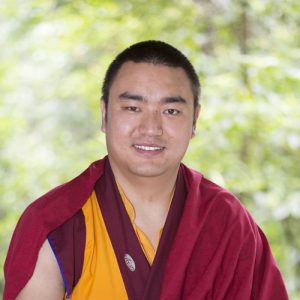 After the monastery was completely relocated and rebuilt in 2015, Söpa Rinpoche immediately retired to the three-year retreat. He finished his retreat in 2018 and a solemn ceremony was held in honor of the completion. Over 10,000 people attended the ceremony.